The Health Benefits Of Standing Versus Sitting 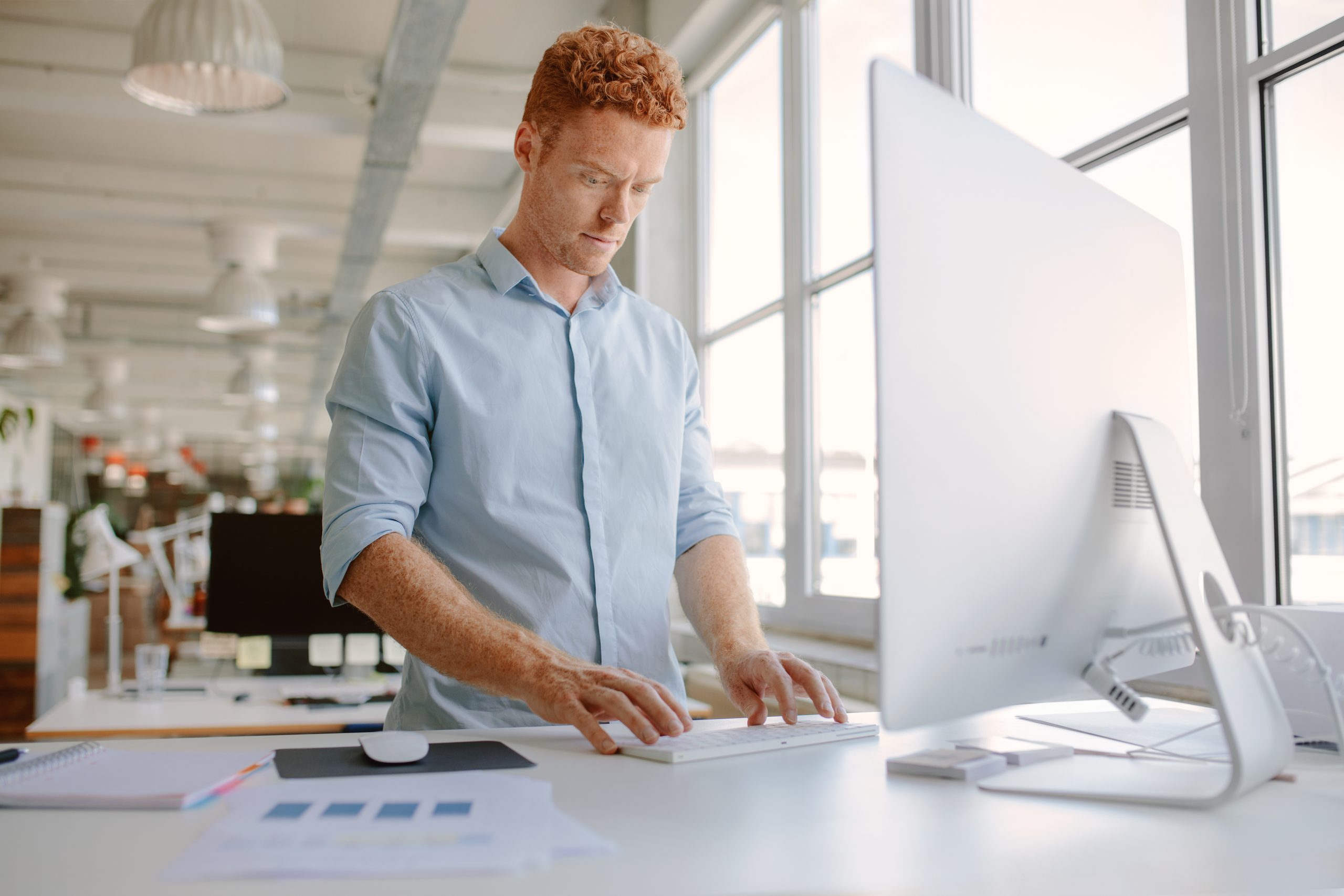 There’s not doubt that there are health benefits in standing at your desk. But is there such a thing as overdoing it? Read on…

It seems the world is finally coming to terms with the fact that humans evolved to stand, not to sit — well, health researchers, savvy office workers and many commuters, at least.

The evidence is mounting to show that spending too much sitting at work, during your commute and for leisure increases your risk of diabetes, certain cancers, heart disease and early death.

This isn’t a new revelation. Bernardino Ramazzini first described the ill effects of too much sitting at work in the 1700s and advised people to break up sitting and stimulate blood flow.

But technological advances and ergonomic experts have made sitting more comfortable and more enticing. Australian adults now sit for an average of nearly nine hours a day. This is longer than the time that most people spend sleeping.

So, is it time to buy a standing desk? Let’s examine the evidence.

Many people know when they’ve been sitting too long because their back or neck gets sore. These are effects many can relate to because we can actually feel them.

University College London researcher Dr Emmanuel Stamatakis found similar results among women in the United Kingdom: those whose work involved mostly standing/walking about had a 32% lower risk of early death than those who worked in sitting jobs.

But it’s important to note prolonged standing can also have adverse health effects. Compared to sitting, when we stand, our hearts and circulatory systems work harder to maintain blood flow to the brain, because they are countering the effects of gravity. Standing still for long periods of time can lead to swelling, heaviness or cramping of the legs.

Enforced standing has actually been used as an interrogation technique (though former US secretary of defense Donald Rumsfeld couldn’t understand why it was only for four hours — he stood for eight to ten hours a day).

If standing still for too long is potentially risky, what should you do?

To obtain the health benefits of standing and reduce the potential adverse effects, the best option is to alternate between sitting and standing. Our message is to stand up, sit less and move more.

Now, if you’re leaning towards getting a standing desk but are concerned about your concentration and productivity, there’s some good news. Research shows task performance such as typing, reading and performing cognitive tests is largely unaffected by standing desks.

Thomas Jefferson, Winston Churchill, Virginia Woolf, and Ernest Hemingway fought off the urge to sit with the aid of standing desks. It might be time for you to do the same, and alternate between sitting and standing.